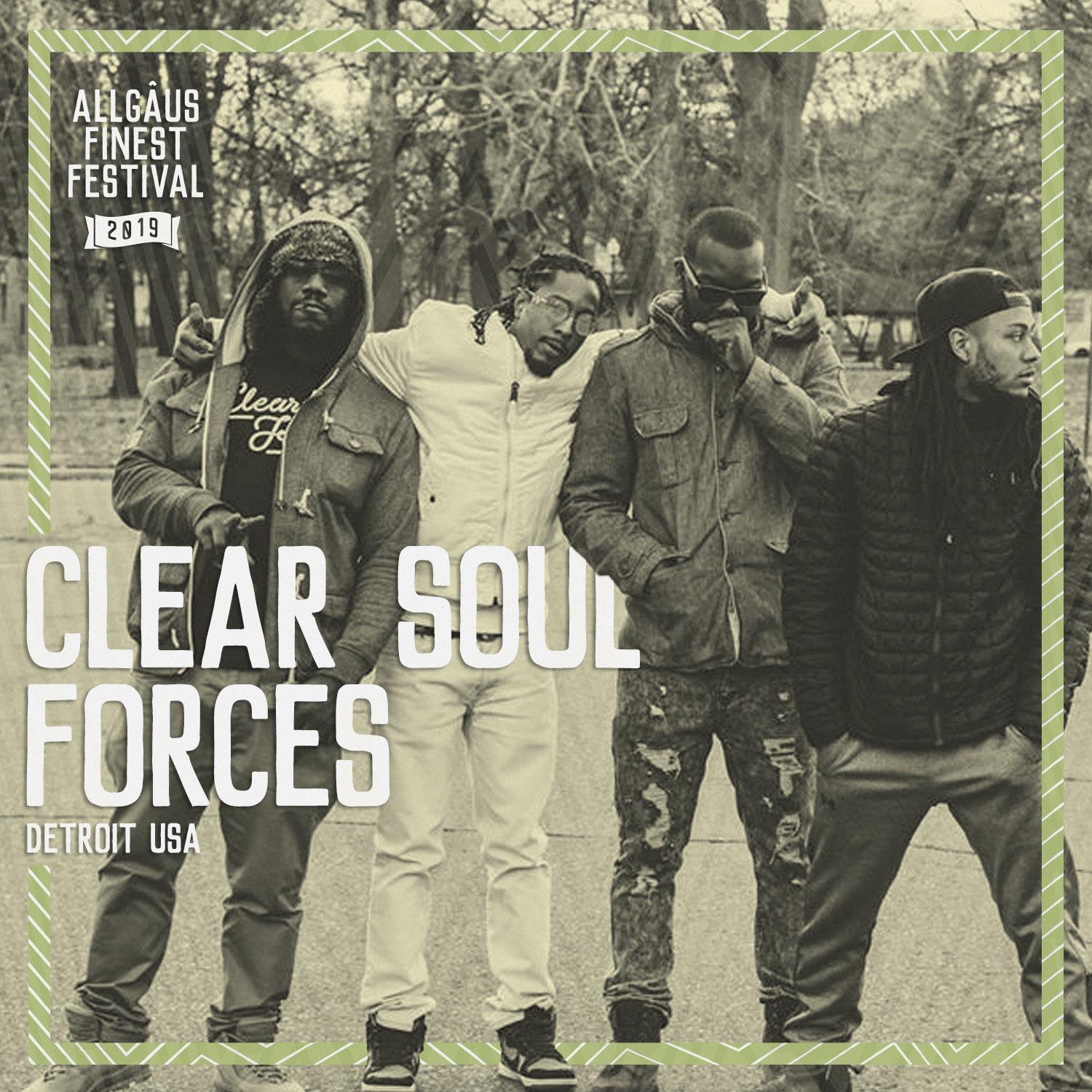 ≈ ≈ ≈ ≈ ≈ ≈ ≈ ≈ ≈≈ ≈ ≈ ≈ ≈ ≈ ≈ ≈ ≈ ≈ ≈ ≈ ≈ ≈ ≈ ≈ ≈ ≈ ≈
The legend of Clear Soul Forces can be traced back to 2008. The lyrical Voltron consisting of Detroit Emcees; Emile Vincent aka E-Fav, Ilajide, L.A.Z. and Noveliss formed one fateful night in a chance-encounter studio session with fellow Detroit Emcee Royce Da 5’9. The result of that encounter was the formation of Clear Soul Forces due to a simple suggestion by Royce, "Ya'll should be a group." After the collective became a group in 2008 they recorded their first mixtape; Clear Soul Radio. After that the Departure EP. The Forces began to make a name for themselves in Detroit, performing all over the city, winning a battle of the bands at a legendary monthly hip hop show called “The Air Up There.” By 2012 the group had not just dominated Detroit’s underground but also the festival circuit. These guys were going to college and becoming traveling underground rap legends simultaneously. They rocked A3C in Atlanta, SXSW in Austin and the Brooklyn Hip Hop Festival. 2013 bought the groups first LP “Detroit Revolution(s)” which featured the absolute monstrous single “Get No Better.” The video currently sits at around 13 Million views and it catapulted Clear Soul Forces to national status as the group landed a deal with storied underground distro label Fat Beats. After the debut classic “Detroit Revolution(s)” we got Gold PP7’s and then Fab 5ive. The Detroit Emcees traveled the globe. The CSF Euro Tour, The Gold Plated Raps Tour where they sold out their first venue in Paris and The Fab 5ive Tour. After the success early on in their careers, the group took a questionable but perhaps a much-needed hiatus. Clear Soul Forces is known all over the world and they have returned with label Fat Beats armed with a new album titled "Still."