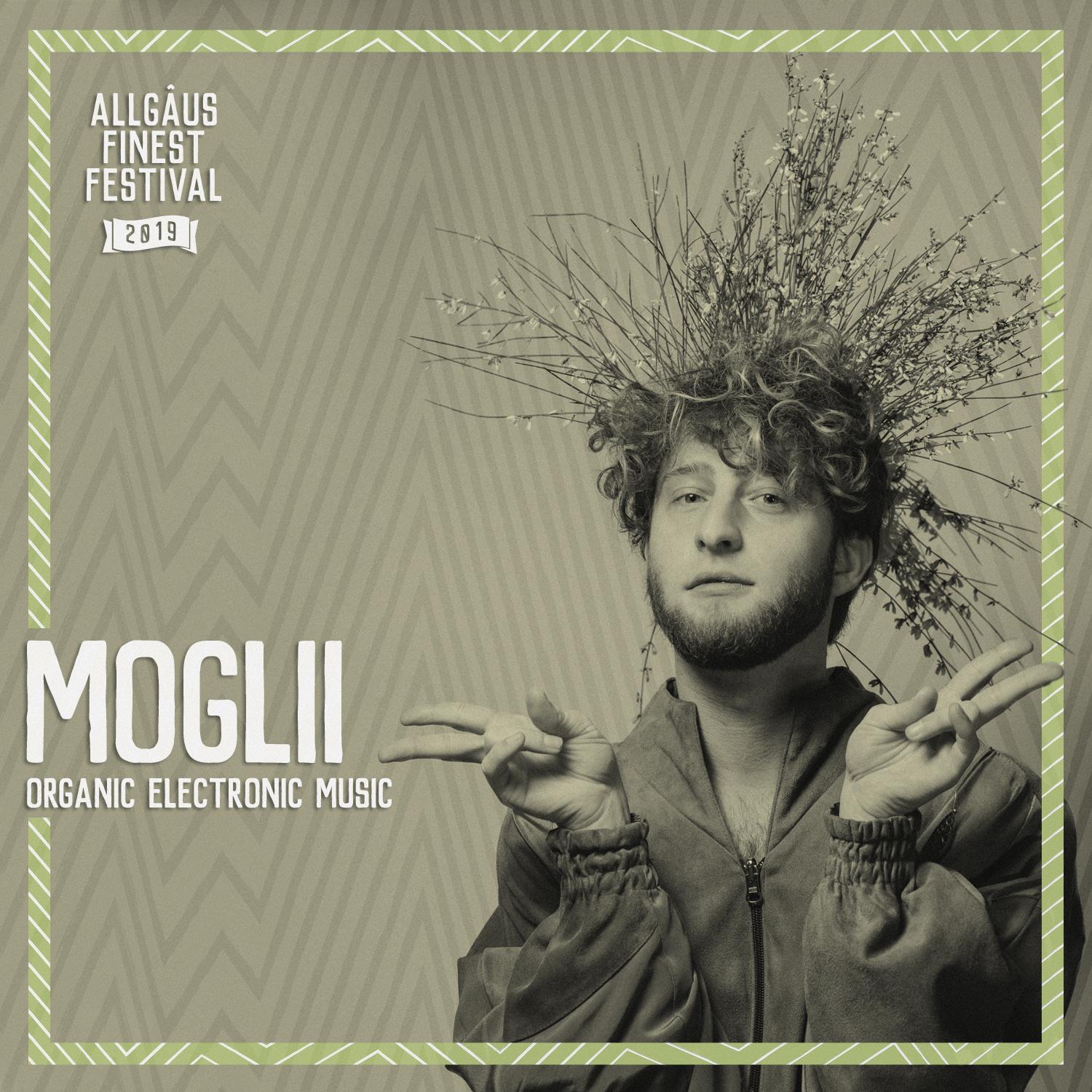 ≈ ≈ ≈ ≈ ≈ ≈ ≈ ≈ ≈≈ ≈ ≈ ≈ ≈ ≈ ≈ ≈ ≈ ≈ ≈ ≈ ≈ ≈ ≈ ≈ ≈ ≈ ≈
Moglii is a producer, songwriter and synthslayer based in Cologne. He studied jazzpiano in Düsseldorf/Germany. After his collaborative “Down Under EP” with NOVAA in 2016 (single “Mother” reached #2 on Spotify’s Global Viral Charts and 4 million hits), he dropped his very first solo 7-Track-EP called Naboo in 2017 on Majestic Casual Records (over 19 million plays). His musiic reached the top 10 of Hype Maschine Charts several times and got featured by COLORS, Fresh Finds or The Sound you need e.g. Moglii is creating his unique and significant style out of warm beats, analogue synthesizers and soulful vocal samples. His modern electronic compositions are often supplemented by acoustic instruments and an organic soundscape. It`s futuristic pop music influenced by the sound of Mura Masa, James Blake or Bon Iver. Moglii’s lively and playful tracks are made for big stages as well as for the headphones of an urban-musicenthusiast. A lot of samples are self-made, with the help of field recording of coffee machines, shopping bags or cactuses. Simon is also the mastermind of 5-piece band MOGLEBAUM (2014-2018), in which he already played on national and international Festivals (Bulgaria, India, UK). Their single “Raindrops” reached #1 on Spotify`s global viral charts in July 2016 and more than 1 million streams. This second project is frozen since 2018.